As most of you know, Joy has had a difficult life. She’s only 27 years young, but already has complete kidney failure. As such she spends much of her time at dialysis and the rest of her time tired and unable to hold a job to take care of herself. She is single, lives alone, and is without the help of others. That is one of the reasons why I created this site to help those like her. This site usually allows her to earn just enough to cover most of her basic needs.

With her serious health problems, she probably knows that her time left on this planet is limited. But she has hopes and dreams which she hopes still to accomplish before she checks out. She has always dreamed of having a nice, comfortable house to live in, and a caring boyfriend to share her life with. If you’ve seen her house, you’d understand why. And all young ladies dream of a knight in shinning armor coming to their rescue. Most recently, she thought she had found just that. She started talking online to an older gentleman from France. Things moved quickly and he arranged a long holiday to come meet her and kick start their perfect life together.

No sooner than she had finally started earning a little money at this site did she cut back posting and engaging with the users of this site. I warned her not to abandon the little progress she had made here as he hadn’t put a ring on her finger just yet. But, he did make some strong commitments one of which was to send her money to demolish her house and get the land prepared for building a new on on the lot.

Her house was always in very bad shape. When it rained, it poured inside through the leaky roof. Sleeping at night is very difficult with rain pouring on you. When the wind blew or someone sneezed hard, pieces of the house would fall off. Yes, the house was in a very bad state of disrepair, but at least it was a place to stay. She felt blessed to at least have that.

Since her new found French prince was coming, I suggested that she rent an apartment so they’d have a place to stay for the 5 months he would be there. She immediately did. That was even more important because she had already started demolishing her house. While he obviously sent her money for the demolition, it didn’t appear to me that he sent her any money for food because I noticed she was often going without eating until she could earn a little money at this site to buy a meal. 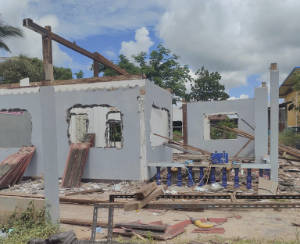 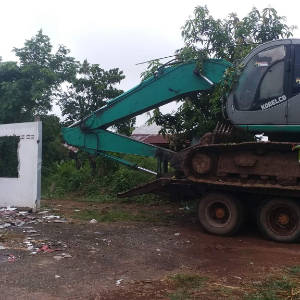 Finally, the day came that prince Frenchy was to arrive in town. He was much older, but she was so excited to finally have a boyfriend that could accept her with all her serious health issues. She got dressed up in her finest attire and drove to the airport to pick him up.

Day one seemed to go perfect. It was a fairytale come true. He seemed very impressed with her beauty, and what breathing man wouldn’t as she is a very beautiful young lady. He met all her family and then later he took her out for a nice, romantic dinner. Everything seemed perfect. 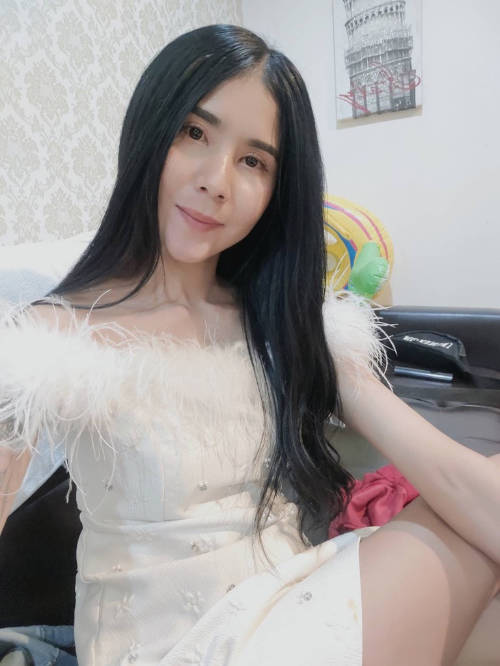 After their romantic dinner, they went back to the apartment for desert. While Joy is very inexperienced, and hasn’t been with many before, she looked forward to sharing her beautiful, young body with him. He was much older, so he had some difficulties but she was patient and did her very best to make sure it was a special night.

The next day, he suggested she go visit friends and family by herself as he was going to spend time doing other things separately from her. She didn’t want to leave him alone, but she reluctantly went. Later, she returned to the apartment to find his bags packed and him asking to be rushed to the airport. There was an urgent family emergency in his country and he had to return immediately to France. Sad, and worried, she took him to the airport. He boarded a flight and said he’d call her when he got to his first stop in Bangkok.

She stayed up waiting for his phone call, but no calls came in.

She contacted me wanting to know what she should do as she worried something bad must have happened to him. She even tried contacting him on FaceBook Messenger and Line only to discover that she had been blocked from contacting him. Of course, that must be some type of mistake. She couldn’t understand and was sure he must be in some type of trouble and she worried about him.

I had to tell her to WAKE UP from her fairytale. There was no emergency other than his need to get far away from her. Why? I am not sure. I am sure he’ll have another side to all of this which clearly explain things. After a few days with no contact from him, she started to realize that what I was saying must be correct. He had abandoned her. She took that very, very hard as he had promised never to leave her and she was desperate for someone to truly love her regardless of her health issues.

After about a week, he finally contacted her. She showed me quite a bit of the conversation. I assumed he had plenty of valid reasons to want to run away from her less than a weekend into his planned 5 month visit. But, from what text she showed me, it all seemed a bit odd. I was kind of on his side before as surely there must have been something she did or didn’t do enough of to make him want to run away so fast. But after reviewing the text she showed me, his explanations seemed odd. I was hoping he’d explain to her what she did so she could learn and improve, but “you didn’t kiss me with enough passion” and other odd comments confused me.

So, just a couple of weeks ago Joy was poor, had serious health problems, and a dilapidated house with a leaky roof. Now she has one less problem as her roof isn’t leaking anymore! Sucks being homeless though.

You can see more pictures and information about Joy at Joy.MyAsianFriend.com.